An automotive exhaust system consists of all of the pipes and other components that are designed to carry exhaust gasses away from the combustion chamber. The development of exhaust system experiences a long history, due to the enaction of some laws or the birth of some cutting-edge technology.

The later improvement of exhaust system

As early as in 1881, Chicago and Cincinnati in the USA have issued laws declaring that the excessive amount of smoke is an unacceptable public hazard. Subsequently, all other states and cities in the United States have followed. The history of the development of automobile exhaust purification system is to a great extent a history of exhaust purification regulations.

After the Second World War, the public became increasingly concerned about atmospheric smog and it soon became clear that automobile exhaust was a major cause of smog, not only in Los Angeles, but in other parts of the world as well.

Under the amendment of 1970, the U.S. Environmental Protection Agency created the relevant rules. The essence of the 1970 Air Cleaning Act is to enhance technology. The Congress created regulations that exhaust gases could not be handled with existing equipment, so manufacturers were required to develop new technologies, and the EPA gave automakers time to develop technologies before implementing them. 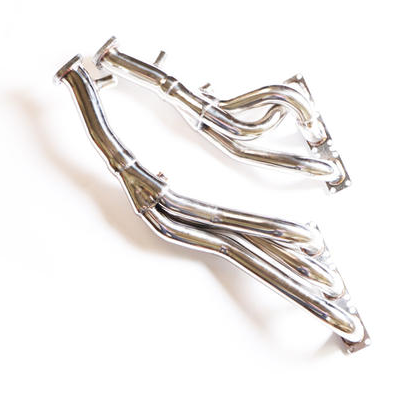 In 1963, the first exhaust purification device, the crankcase-forced ventilation control valve, was used in passenger cars. It guided the leaking exhaust gas of the crankcase into the intake manifold, and finally burned off the exhaust gases to avoid their escaping into the atmosphere. In 1968, nationwide restrictions on liner exhaust (hydrocarbons and carbon monoxide) were adopted. Measures taken by automakers include reducing the compression ratio, delaying ignition timing, increasing idle speed, preheating intake, and pumping air into the exhaust manifold for more complete combustion. Most of these early measures resulted in increased fuel consumption and NOx emissions.

The later improvement of exhaust system

1. The improvement of exhaust system in the 1970s

Eugene Houdry, a Frenchman interested in reducing the pollution released into the air by automobile exhaust pipes, started his line of inventions with a catalytic process that effectively doubled the amount of useable oil that could be produced from crude oil. The catalytic muffler was his final great creation, patented in 1962, the year he died. Using some of the technology of his prior inventions, Houdry outdid himself with the catalytic converter for automobile mufflers that effectively reduced carbon dioxide and hydrocarbon emissions released into the atmosphere by vehicles. Today this Frenchman’s invention is also an American standard, an integral part of automobile manufacture in the states, keeping the air a great deal cleaner than it would otherwise be.

Prior to 1971, the fuel vapor pollution control regulations were implemented, resulting in the use of sealed carburetor float Chambers and fuel tanks, and the use of activated carbon tanks. The implementation of the Nitrogen oxide Restriction Regulations of 1973 popularized the use of exhaust gas recirculation valves. By 1975, hydrocarbon and carbon monoxide emission standards were further tightened, and most cars had to use catalytic oxidation converters to meet the standards. In 1981, emission limits for nitrogen oxides were reduced by two-thirds, resulting in the introduction of reduction catalysts and ternary catalytic converters with air injection in cars. Because these catalysts require strict control of the air-fuel ratio in order to ensure their normal operation, oxygen sensors and closed-circuit mixture control devices are used. With the implementation of more stringent regulations, the optimizers and their mechanical controls had to be abandoned in favor of more sophisticated fuel injection systems and electronic engine controls.

2. The improvement of exhaust system in modern society

An emission control system combining simple hardware with advanced computer is one direction of development. The new clean Air law will require major changes to future power systems, including engine exhaust systems and transmissions. This means two things to the garage: first, the application of new automotive technologies will require new diagnostic methods to be compatible with repair techniques; second, the repair business of exhaust purification systems will continue to grow, creating more jobs opportunities for workers with higher skills.

We share expertise and capabilities and the latest technologies to customers throughout the world. Please be free to contact us. We will spare no efforts to improve performance and durability of your cars.