#Perfect tips# Car exhaust modification guide, can you do it?

The heart of young people is always hot. After owning the first car in life, the biggest problem may be-how can this car be changed to be cooler?

After all, there are only a few enthusiasts who can make the deep modification. For most players, compared to over tens of thousands of yuan of brakes, wheels, and shock absorbers, the effect that can be achieved by modifying a set of exhaust is the simplest and rude. The key is that the price is not expensive! Driving on the road and stepping on the accelerator without any reason, the exhaust noise is mixed with the roar of the engine, and it must be the coolest guy on the road~ 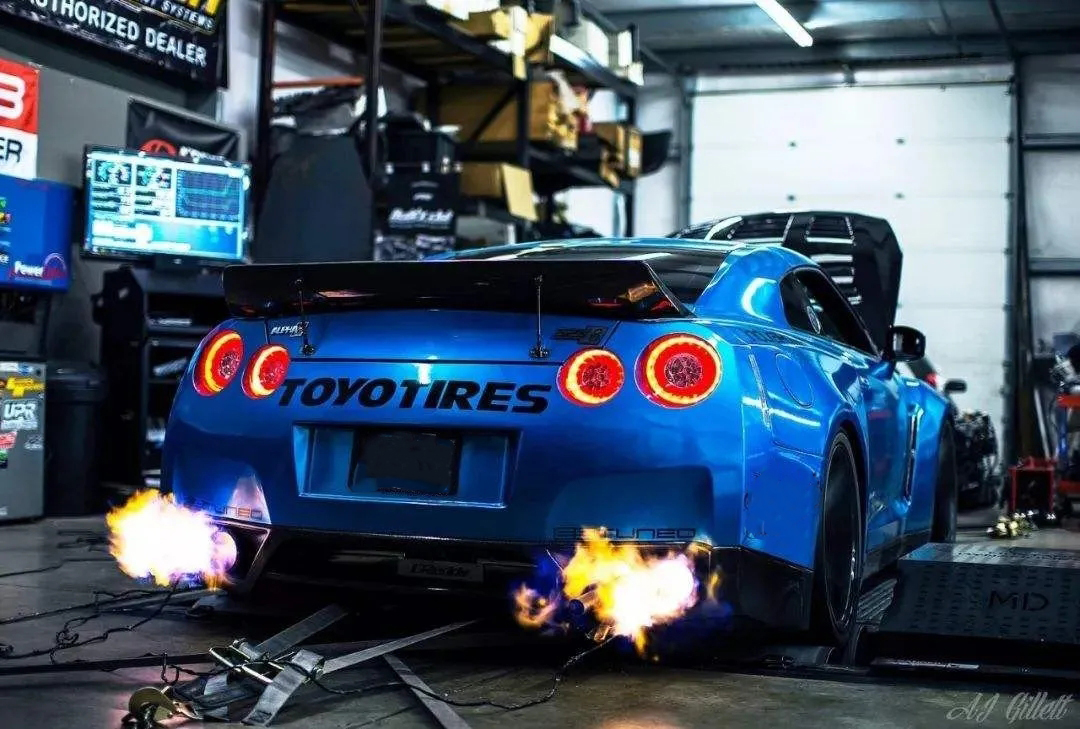 For the first article of the beginning of the year, what article does the editor want to start with? Of course, it is the most well-known and well-known part of my own. Let’s start with car modification exhaust!

Exhaust modification is not simply to make the car sound a little louder when driving, it is very knowledgeable. Before you make an impulse consumption, let us talk about a little knowledge about modified exhaust.

【How to play with modified exhaust?】

Why do we modify the exhaust?

Because it's cool! Yes, this is the original intention of the modified exhaust. Secondly, it can also improve car performance (under the premise of scientific modification). After the exhaust gas comes out of the engine, it passes through the exhaust manifold, catalytic converter, middle glasspack, tail muffler , and then exits the car through the tail pipe. If we want to modify the exhaust, we can start from the five parts of the head section, the middle section, the tail section, the middle tail section and the whole section.

If the three-way catalytic converter is removed from the modification, the exhaust will become extremely smooth, the high-speed torque will be enhanced, but the low-speed torque will be lost, and the start will become very fleshy. More importantly, this is very environmentally friendly! The pollutant emissions will be about 300 times that of the original factory, so it is seriously not recommended!

Another method is to install a high-flow three-way catalytic converter. The pore density of the three-way catalytic carrier is "CPSI". The ordinary original exhaust ternary is about 700-800 CPSI, and the high-flow rate is generally 100/200/300. Among them, the 300 CPSI aperture is the most common and most reasonable data, which can take into account low-torque conditions.

What GRWA can satisfy is that if you want to increase the power of the car without going off the track, you can consider replacing the three-way catalytic converter. In addition, in order to meet the needs of car owners who have modified their engines, personalized manifold customization is also possible. necessary. Regardless of 300, 400 CPSI or higher or lower CPSI, as long as it can meet Euro V, VI or any other needs of yours.

(The designer is designing the manifold product)

This pipe is the middle section of the through, can you believe it?

The part that connects the head section and the tail section that contains the middle muffler is called the middle section. Its function is to reduce the resonance through the muffler, so as to achieve the effect of noise reduction. The owner can choose to change or not to change it according to his or her own preferences.

(Bend pipes are in production)

If you want to modify, just remove the middle muffler. Some modified brands have a pipe in the middle of the exhaust. I didn't expect it. In most cases, the mid-section exhaust is changed together with the tail exhaust, so it doesn't make much sense to change the pipe alone.

However, there are often small parts that need attention in this place. For example, some brands have specific requirements for the shape of downpipes, and most of the modified parts require corrugated pipes. Therefore, it is not difficult to provide elbows, but it is important to be able to provide specific production requirements. 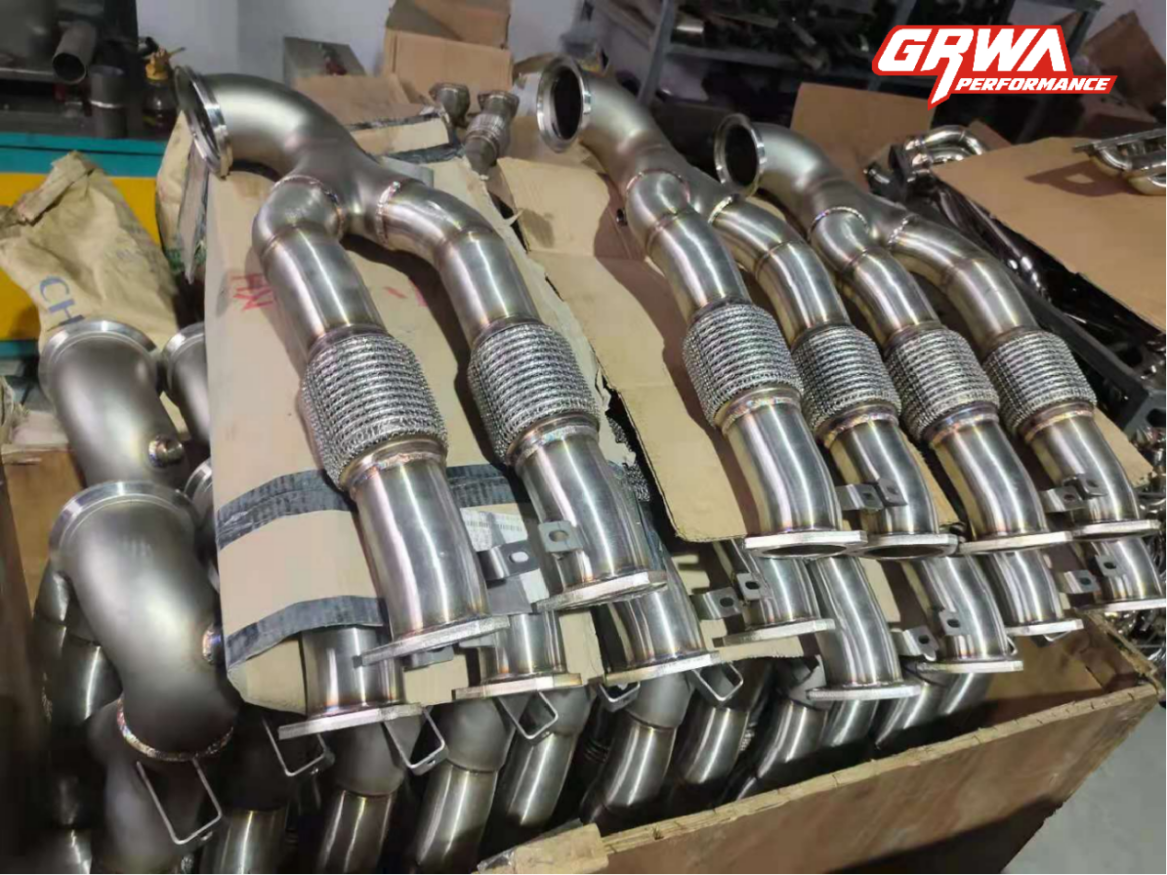 (Audi downpipe waiting to be packaged and sent)

After the head and middle sections are finished, the next part is the tail section. If you are boring, you can see the exhaust tail section by lying at the rear of the car. There are two options for modifying the tail section exhaust, back-pressure exhaust and straight-through exhaust. 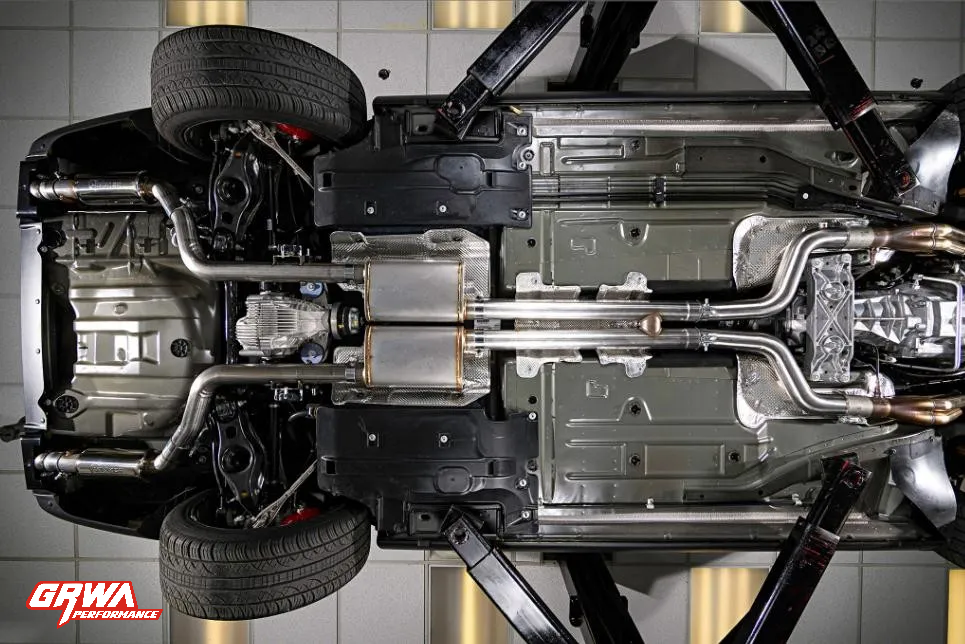 Straight exhaust is simple and rude, and the exhaust gas is directly discharged. Although a good power experience can be obtained at high speeds, the low torque loss is very serious and the sound will become louder. Have you ever watched a touring car race on the spot? Those cars use straight exhaust, which is noisy. I'm afraid you were reported before leaving the community. 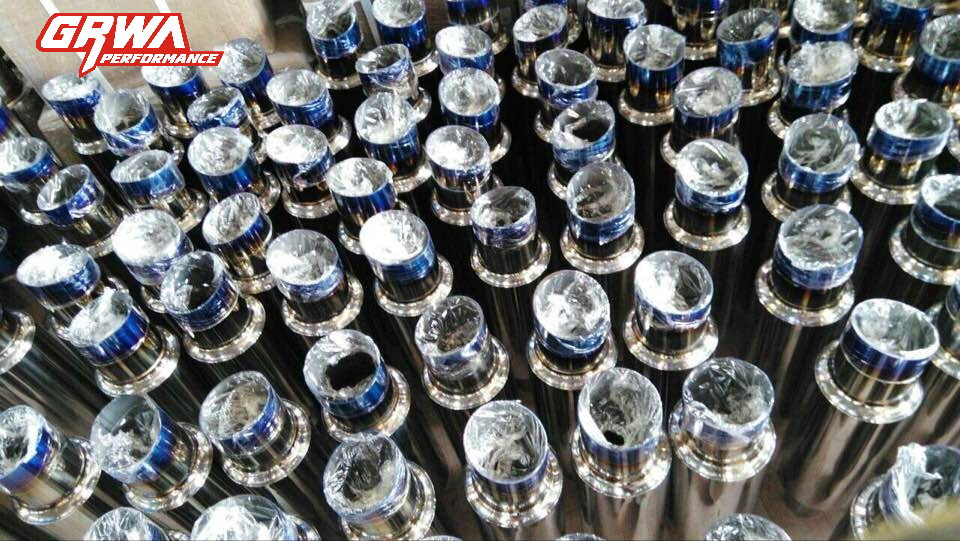 If you are a modification enthusiast who is looking for a good sound, the middle and tail section is the more mainstream modification plan and the most recommended modification plan by many practitioners. The effect will be better when combined with air intake and ECU program upgrades.

If you are a modification enthusiast who intends to develop in the direction of the track, then change the exhaust of the whole section, increase the diameter and change it to a straight-through, and that's it!

Exhaust pipes of different materials will also affect the power performance, and there are also big differences in weight and sound waves. Generally speaking, the modified exhaust is made of stainless steel. The smooth inner wall can reduce the exhaust resistance, and the weight will be lighter than the original exhaust. If the budget is sufficient, of course you can have higher-end options, such as titanium exhaust.

(The picture above shows a real shot of Ferrari's exhaust system)

Q: The louder the sound, the greater the horsepower. Can the performance be improved by simply modifying the muffler?

A: As far as the exhaust system is concerned, the part responsible for noise reduction is mainly the middle and tail sections of the exhaust, especially the muffler. By refitting the tail drum with a low back pressure design, a greater exhaust sound can be obtained, but the power output of the engine will hardly be improved at this time, because the exhaust back pressure is not only controlled by the tail section. 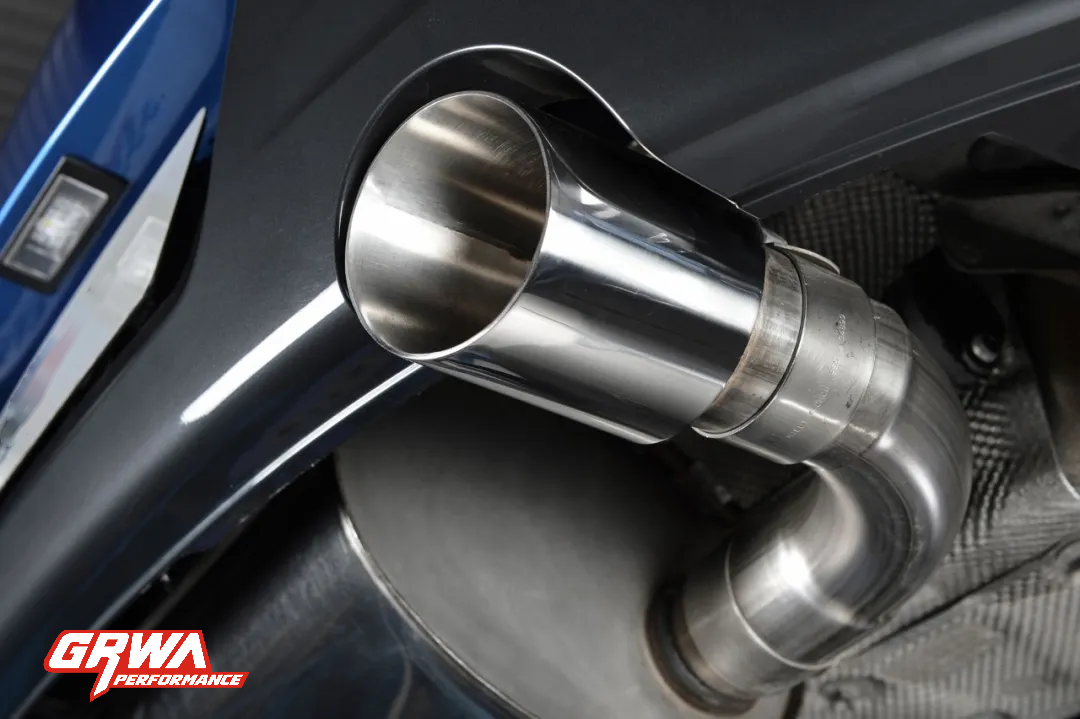 Therefore, it is not credible if someone in a refit shop says that changing a set of exhaust and tail drums can increase the horsepower. It's okay to listen to the sound. If you want to improve performance, it is recommended to upgrade the air intake and exhaust midsections and the ECU program together.

Q: The thicker the exhaust pipe, the better, and the lower the back pressure, the better?

A: We have also analyzed before. The important factor affecting exhaust performance is back pressure. The level of back pressure can directly affect the engine's power output characteristics and maximum power. If the back pressure is too low, it will limit the power output of the engine at high speeds, but an excessively smooth exhaust system will also seriously affect the torque output in the low speed range, making it unsuitable for daily driving.

However, GRWA's variable valve exhaust system is a solution that has both a fish and a bear's paw. When the speed is low, only one pipe is used to close the valve to maintain sufficient exhaust back pressure; when the speed is increased, the valve is fully opened and the exhaust becomes more unobstructed, taking both into account. But relatively speaking, the price of variable valve exhaust will be relatively expensive, and car owners have to do what they can. 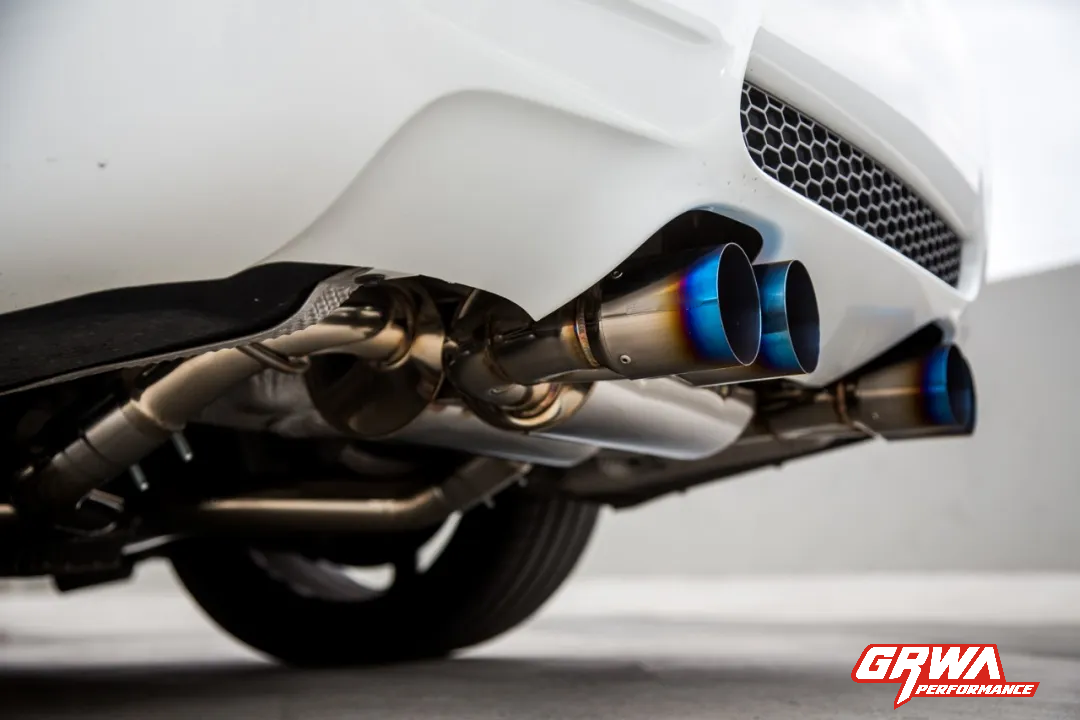 The sound of the modified exhaust sounds very cool, but it may be unbearable for a long time. Therefore, I suggest that you should be rational before modifying the exhaust, and understand whether your purpose is to improve performance or just listen to the sound.

If it is the former, prepare your wallet and congratulations on entering the pit; if it is the latter, try to choose a lower decibel exhaust, which will not affect the neighborliness and friendship around you, but also enjoy the fun of driving.

For any questions about performance exhaust, please leave a message!