Why does the exhaust exhaust muffler have abnormal noise?

Many people's cars have encountered this situation, either when there is a huge blasting sound when starting the car, or when the throttle is suddenly increased on the road. When it appeared, many car owners were worried, thinking that there was something wrong with their car. In fact, the reason for this situation is very simple, and it is not a big problem. Let's take a look at it together. 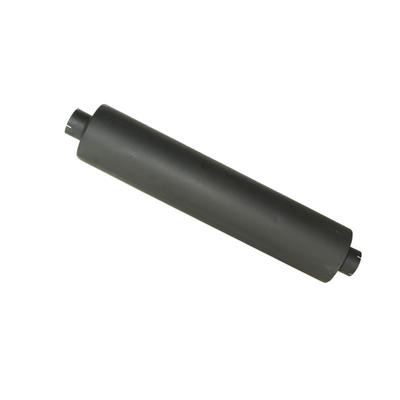 1.Don't worry when the engine is normal

Normally working engines, more or less water vapor will be generated in the process of doing work combustion, and a large part of water vapor will condense into water droplets in the rear exhaust exhaust muffler and be discharged from the exhaust pipe This phenomenon is particularly obvious when the temperature is low, and it can be said to be a manifestation of the combustion of the mixed gas sucked into the cylinder fully and thoroughly and the high efficiency of exhaust purification.

Therefore, it is a normal phenomenon, do n’t worry, if the engine is running normally, please use it with ease. In addition, the problem of abnormal noise of the exhaust pipe needs to be tested on site, according to the conditions and the abnormal noise. Only after a comprehensive analysis of the nature, characteristics, and origin of the sound can we make an accurate judgment.

2.Other conditions of abnormal noise in exhaust exhaust muffler

There may be the following situations when there is abnormal noise in the exhaust pipe while driving.

In addition, the owner may not pay attention during use, and accidentally knock the exhaust pipe through the potholes, causing the exhaust pipe to leak and make an abnormal noise, but usually this possibility is very small. Another case is the exhaust pipe blasting. As the name implies, the unburned combustible gas re-burns in the exhaust pipe. The explosion sound is often accompanied by the emergence of Mars.

There are many reasons for the discharge of the exhaust pipe, and one of them is excessive oil intake when starting. Repeated starting the following work causes the combustible mixture to be too rich, which not only causes a large amount of fuel to accumulate in the cylinder, but also discharges a large amount of oil beads from the exhaust muffler. After the engine starts, the fuel in the exhaust muffler burns causing a fire. Too much air is added when starting. The symptom is that it is difficult to start. After that, the engine works normally under any working conditions without firing. This phenomenon will disappear by itself with the normal operation of the engine.

Another reason is that the air-fuel mixture is too lean. It usually occurs when the engine is firing in the exhaust pipe at medium and high speeds. After refueling, it improves or disappears. This is because the spark energy is not enough to ignite the too lean air-fuel mixture and is discharged into the exhaust. The trachea burned and fired. In general, as long as the fuel injector is cleared and the amount of fuel injected is adjusted, the fault will disappear. So don't be too scared of the abnormal noise of the exhaust pipe, just deal with it in time.

3.What damage to the car if the car exhaust pipe is damaged

Most of the original cars use this kind of tube, mainly relying on the volume change of the grid silencer or the tube in the tube to generate a pressure that will return to the cylinder. When the engine ignites, the piston starts the radial stroke, and the exhaust valve will The piston will open before reaching the bottom dead center.