Popular science: What are the new terms EGR, DOC, DPF, and SCR emerging in the new era of emission standards?

At this stage, various countries have stricter and more stringent standards for vehicle exhaust, requiring lower emissions of nitrogen oxides and particulate matter, and adding new restrictions on the number of particles. In order to meet the national VI (Euro VI) emission standards, domestic Major main engine manufacturers have shown their talents one after another, either reducing engine power or upgrading exhaust gas treatment.

With the era of new emission standards, many new terms have emerged, such as EGR, DOC, DPF, and SCR. What do they mean? Let us understand more deeply about them.

As the name implies, an exhaust gas recirculation device is installed on the engine exhaust pipe, and the exhaust gas throttle valve is controlled according to the instructions of the ECU engine computer to divide the engine exhaust into two ways. It enters the EGR all the way back to the engine to participate in the combustion again, all the way enters the turbocharger and pushes the turbine to exhaust. The main significance is to reduce the combustion temperature in the cylinder and reduce the nitrogen oxide content in the exhaust gas. 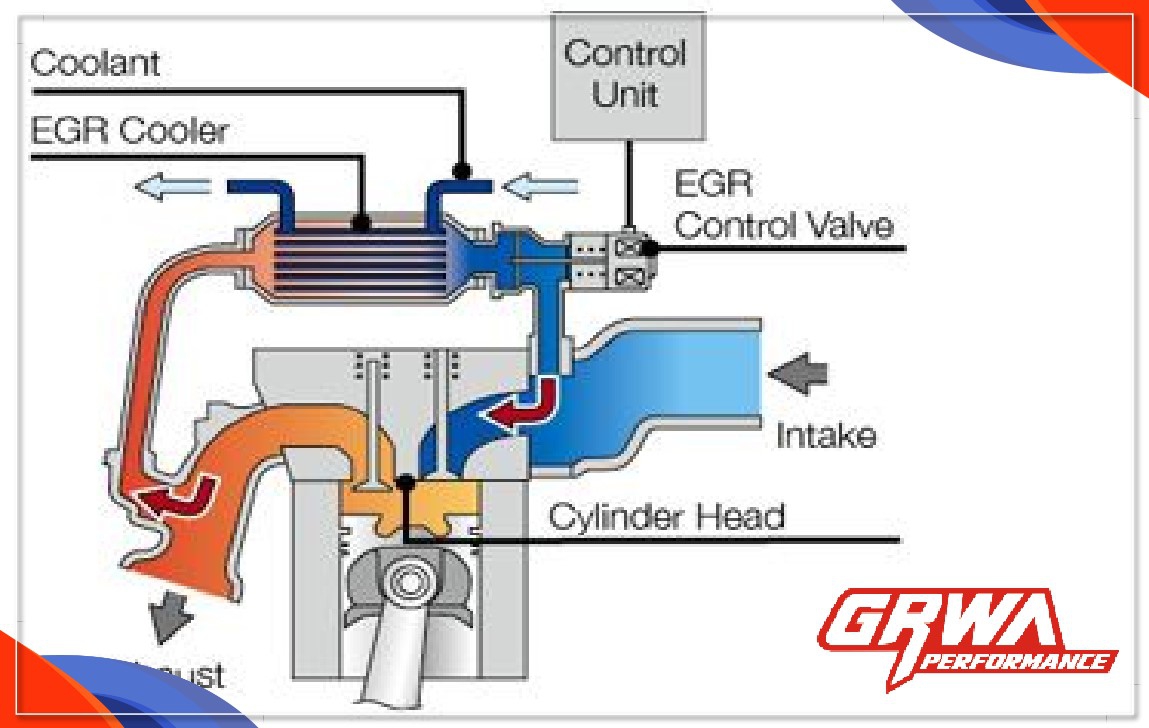 DOC is the first step of exhaust gas post-treatment. It is a device that oxidizes the carbon monoxide and carbon oxides in the exhaust gas into harmless CO2 and H2O, and converts NO to NO2.

However, when excessive ash content is produced in the exhaust gas, it is easy to cause blockage of the device. When the active and passive regeneration process cannot be resolved, the DPF filter device needs to be replaced. 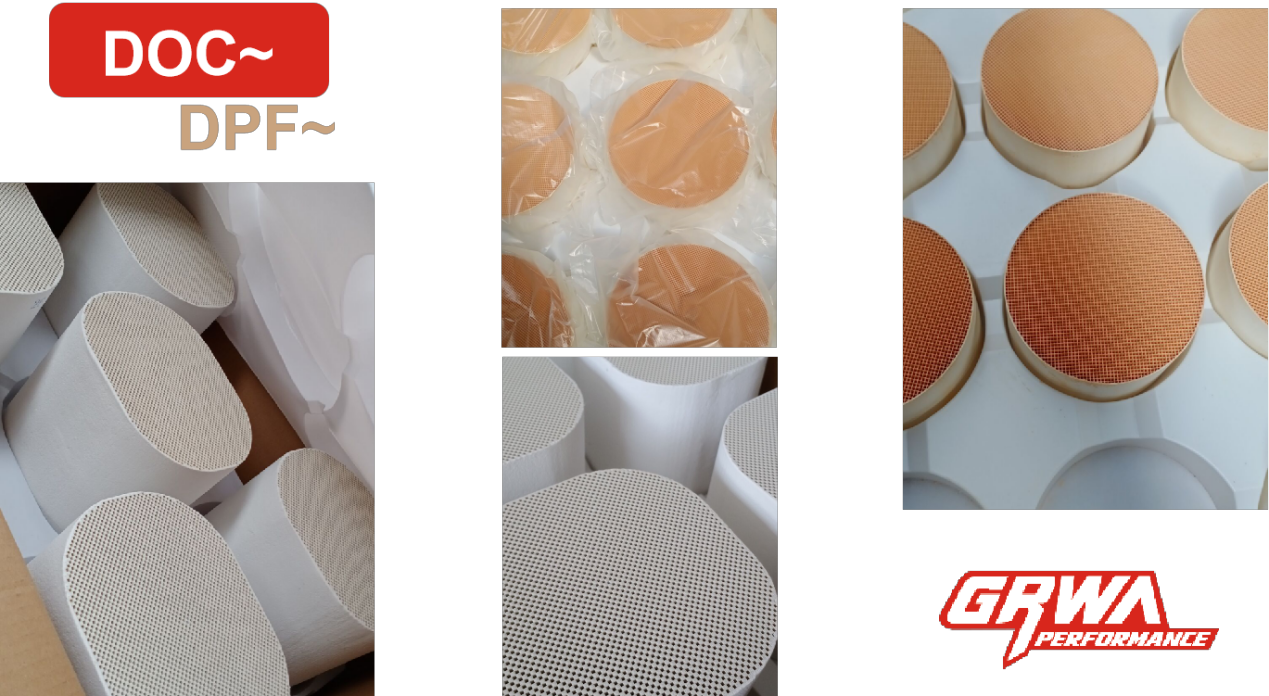 TIPS:2000 carriers just left the port this week. The picture shows the rehearsal of the field products. The white one is DOC and the yellow one is DPF.

The implementation of the National VI (Euro VI) standard is not only a challenge to the main engine manufacturers, but also a challenge to the brand of car modification products. The level of equipment effectiveness mainly depends on the quality of the product.

GRWA catalytic converters provide a variety of product options, and the produced carriers are favored by consumers. With the development of technology, the products are becoming more and more mature and can stably meet the national VI (Euro VI) standards. Customers who have special car catalytic product requirements are welcome to discuss cooperation. 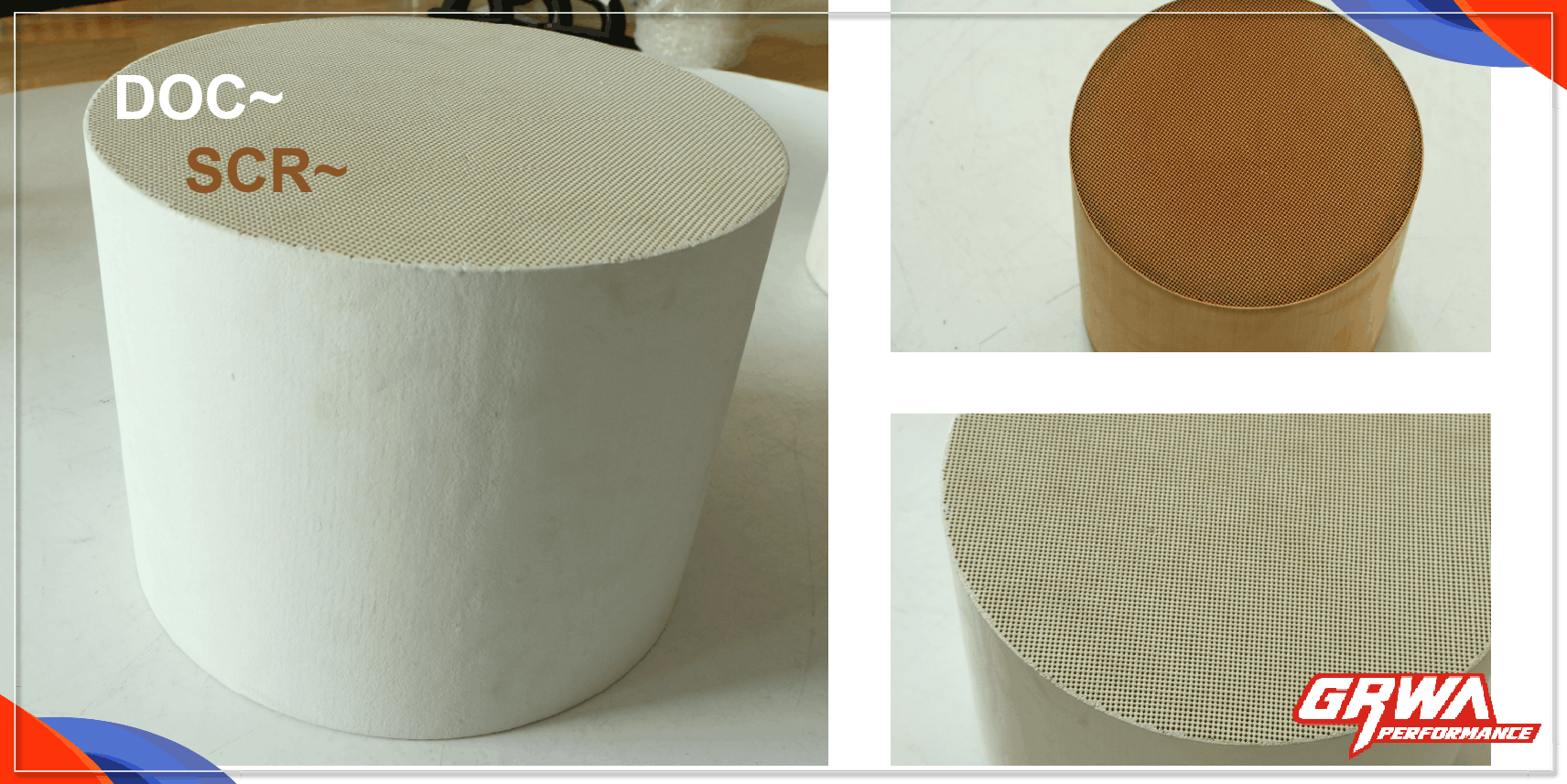 TIPS:A very large "coated" carrier. After the customer searched for many unsuccessful results, we helped him complete the production and successfully shipped it.