Who stole my catalytic converter?

Since 2021, there has been a surge in thefts of three-way catalytic converters around the world. 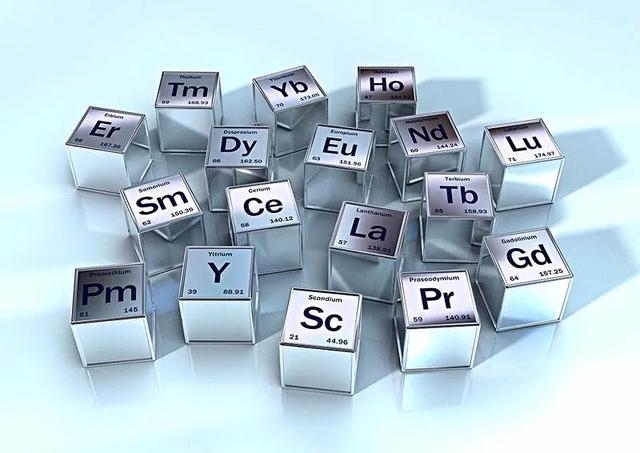 Malaysian police confiscated 65 catalytic converters in a raid last November, 30 of which were confirmed as stolen proceeds.

In October last year, three men were arrested in Kuala Lumpur on charges of stealing a three-way catalytic converter from a vehicle. According to reports, the criminals who steal these auto parts include criminal groups that use the proceeds from the sale of these stolen catalytic converters to buy drugs. In fact, the theft is so rampant that there are reports of raids and arrests in Petaling Jaya, Kepong, Zengjiang, Cheras all over Malaysia every month. It is said that there are more cases of theft than unreported cases to the police. 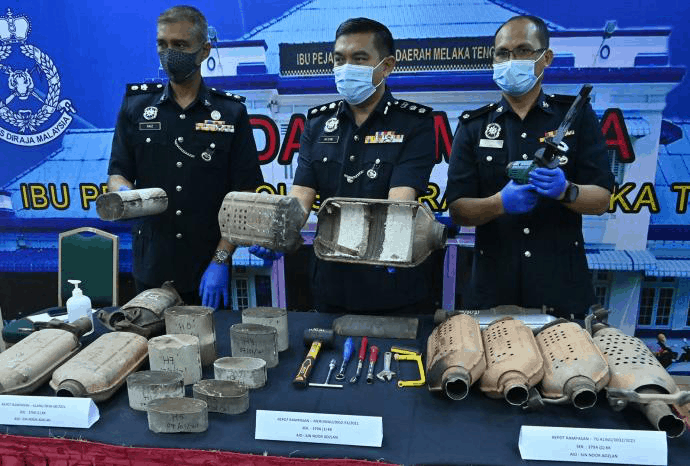 Who stole our catalytic converter?

The most direct reason is "value." The characteristics of the precious metals contained in the three-way catalytic converter itself have made it a coveted object of criminals.

So why did 2021 cause a widespread theft outbreak? All of this starts with the epidemic raging across the world. The outbreak of the global epidemic has caused the price of precious metals to rise, which has led to an increase in the overall cost of the three-way catalytic converter, which appears to be more "profitable".

As of April of this year, in just five or six months, the asking price per ounce of palladium has risen by nearly 200%, platinum has risen by 360%, and rhodium has risen by 180%.Therefore, it is not surprising that criminals were found to have sawn off the three-way catalytic converter from vehicles and automobiles. Selling them to enthusiastic recycling companies is a fast and simple way to get rich.

Why is this theft so common? The following simple reasons can be summarized:

There is a PGM load in the coating of the three-way catalytic converter.

The price of PGM has skyrocketed. Usually, the recyclers will pay 50 to 250 dollars for the three-way catalytic converter.

Easily become the target of attack. In recent years, due to Covid19 (New Coronary Pneumonia), many people have been forced to work from home and go out less frequently, so the use of cars has decreased. Therefore, the car left in the parking lot or alley is like a low-hanging fruit ready to be picked by criminals. What's more, it only takes a few minutes to remove the three-way catalytic converter from the car.

The flu pandemic and the resulting economic recession may cause people to suffer more economic damage. Therefore, some people have adopted this type of theft.

Easy to get "theft tool". The tool for disassembling the three-way catalytic converter, namely a battery-powered saw, can be easily purchased from a local regular hardware store.

To sum it up simply:

Fortunately, there are no reports of such theft in Singapore. Malaysia’s movement control order and the travel ban between Singapore and Malaysia have prevented criminal gangs and translators from entering Singapore. However, when the epidemic improves and travel restrictions are lifted, will we also see an increase in converter theft in Singapore?

It remains to be seen whether the above situation will happen, but it is never too early to learn how to protect our cars from thieves with catalytic converters.

Here are some simple precautions to prevent us from suffering such expensive losses:

Park your car in a well-lit, densely populated place, or near a place with surveillance.

Park your car close to fences, walls, or the side of the road, which will make theft more difficult.

If your catalytic converter is bolted, find a local repair shop to weld the bolts to make it more difficult to saw off.

Some devices are locked around the catalytic converter, making it more difficult to remove. Toyota produces its own equipment called Catloc. This device should fit many models.

Discuss the tilt sensor with your car dealer. If someone tries to jack up your car, the sensor will trigger an alarm.

If you see someone behaving suspiciously under the car, please report it to the police (if his behavior has not been reported, the next one may be your car!)

BBC Business News remembered that it had reported the same thing a few years ago, and it gave advice:

Put the protective cover on the catalytic converter

In fact, for the three-way catalytic converter problem, in addition to the above-mentioned Toyota company’s direct approach, most of the car brands on the market also have corresponding measures.

For example, the welding process of the three-way catalytic converter is more complicated, and a protective cover is added to the car chassis. 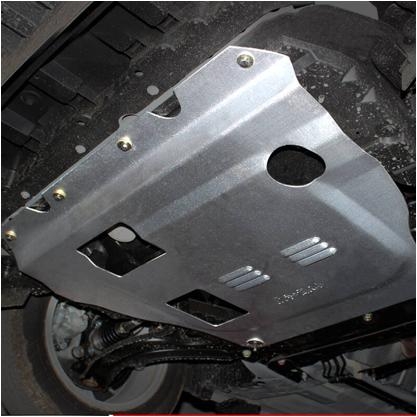 But no matter what the measures are, as the world attaches great importance to environmental protection and the global car ownership has increased substantially, the above-mentioned problems are expounding the importance of the "three-way catalytic converter".

Therefore, we must not only learn to prevent ourselves from being stolen, but also know how to choose a product that is suitable for ourselves and of reliable quality.After all, we have worked hard to protect it, and we still hope that it can be used for a longer time.